Wayne Benjamin called meeting to order at 10:10 am.  Asked for nominations for Treasurer.  Cathy Boutte elected Treasurer.
3rd District NOPD Community Liaison Donna Hogan:
Neighbor reported on a shooting that happened November 20th, 2018.  Six shots were fired in the area of Gentilly and Trafalgar.
Councilman District A Joseph Giarusso:
Neighbor reported on problem with sewage coming from Toast restaurant on Gentilly Blvd.  Smelly sewage from Toast flowing to her home at 1833 Gentilly Blvd.
State Representative District 97 Joe Bouie:
State Senator Orleans Parish District 4 Wesley Bishop:
LSU Dental School representative Dr. Henry Gremillion:
FairGrounds RaceCourse and Slots Virgil Duplessis:
New Orleans Mural Project chose the back of a garage/shed facing N. Lopez St. to do a mural.  They will match a local artist with this project.
Supreme Council of Louisiana Mason Meeting:  Ricardo Guiterrez only member of public in attendance.  The building will be on St. Bernard Ave.  The masons were scammed by the architect/contractor.  Proposed:  a public area out front, rent out commercial space on 1st floor; reception hall on 2nd floor; 3rd floor for masons and meetings.  Parking may be a problem.  They want to bring commerce back to neighborhood.  Need 1 more meeting with City Planning Commission.  The masons will start construction in 2020 if all goes to plan.
Neighbors in District D have mail delivery problems.  Some didn’t get mail delivered for 2 weeks.  Post Office contacted Internal Affairs about problem.  Important to report problems and contact online at USPS.com.  The help button will take you directly to file a complaint online where it can be tracked and logged.  Post Office is aware of problems with mail delivery.
Blighted Housing Update:  Reported houses in District D:  3519 Roger Williams, 3526 Roger Williams, 3533 Roger Williams, 3123 Yupon St., 113 Chalfant Pl., 124 Wilshire.  Reported houses in District A: 3212 Trafalgar, 3642 Trafalgar, 1899 Crete, 3208 Derby Pl.  Houses reported to Justin Hawkins in District D and Amanda Rizzo in District A.  To check on status of blighted houses go to: https://blightstatus.nola.gov
Service Projects/Activities 2019:  3rd district NOPD Mardi Gras Breakfast, February 23; Crape Myrtle Tree Trimming, April 13; Ochsner Blood Drive and BBQ, June 8.
33 neighbors and guest speakers signed in.
Thank you all for your support of D.A.N.A without you, all we do would not be possible. 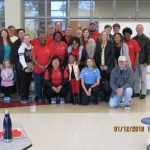 Sewerage and Water Board of New Orleans (SWBNO)

Were not in attendance due to timing and requested information was not complete. Per Mr Jackson all answers to questions to be sent to D.A.N.A., by Friday, July 27, 2018.  Representatives from SWBNO will be in attendance at the September meeting.

Residency needs to be lifted

Traffic cameras: discussion to take down all except those in school zones – funds from the traffic cameras are a part of the City’s budget.   Short term rentals

Awarded D.A.N.A. $2000 from grant for security cameras
Investigation taking place on the power outages happening in Districts D,E &A
Open rolls to challenge your assessment – Mid July – Mid August
Police overtime budget use is being discussed

Meeting called to order by Wayne Benjamin, the President & Vice President had an important obligation to attend on this day.

Langston Hughes Academy will be hosting the Edible Schoolyard Garden event on March 22nd D.A.N.A., members can register online and use promo code DESAIX to received discounted tickets.  You must register by March 20th to receive the discount.

Saturday, April 7th we will trim the trees along DeSaix , St. Bernard and various trees throughout the neighborhood.  We will also beautify the DeSaix Circle & paint the DeSaix Sign.

Meeting called to order by the President Hannah Ligon

Hannah made a short introduction that she was the incoming President for 2018.  She advised the months we do not have a meeting we will be doing a service project. We will send out an email with project to see who is interested in taking on one of the projects.

Nothing has changed in reference to the Police patrol and parking will be contained as it is today.

Gave an overview of the crime in the 3rd District – there was an auto theft on Jan 2nd other than that crime is low.  She also spoke about the police taking on foot, bike & horseback patrols.  It was stated the 3rd District has about 8 officers that are trained for bike patrol and they have 3 bikes; if need be they would borrow bikes from another district.

You can look at http://www.2018nola.com/ to see the events taking place for the Tricentennial in 2018.

City Council meeting are being held at the School Board while the council chambers is being renovated.

Temporary detention center is back open – although things were not done correctly, it would have taken too long to make things right and the delay may have caused more jail space.

Power plant in New Orleans East – Entergy wants a smaller plant built which we will be paying for over the next 30 days; there will be an extra $5.30 in your bill.  Guidry has concerns with the Entergy proposal.  Stay aware!  1st voting Feb 21st @ 601 Poydras on the 11th floor at the Pan Am building.

AVO – needs an exterior camera facing the doorway, there are concerns of abuse of the system. This may be deferred to get the bugs out of the proposal.

S&WB: you can go online to see what pumps & turbines are working.  Billing system is a mess, contact S&WB if you have concerns with your bill and send an email to the council office making them aware.

Bayou Boogaloo – We didn’t get a volunteer to organize it last month, so we’re not going to have a booth again this year.

How can we get more participation?

Crime Walk – Right now, there are scheduling problems, a May crime walk has been requested but no response. There will likely not be a crime walk in May.

Laura Mellem with the Mayor’s office

Volleyball game – Fairgrounds Triangle forfeited, but it was a beautiful day and everyone had a good time. We’ll try again next year!

Sunsets at the Bench will be starting up again on April 21 at 6pm. BYOB and a chair

ATVs riding around are a problem — no license plates, no headlights. One hit a neighbor at the Shell station on Paris. Police won’t chase them, because they could be liable if the ATV drivers get hurt. We should keep calling the police and bring it up at the NONPAC meeting.

We trying to schedule a Crime Walk for late May.

Meeting is called to order at 4:10 pm by Chairperson Bishop Warner.

Bishop Warner welcomed everyone and thanked them for their time and involvement in the Fair Grounds Citizens Advisory Committee. Thank you for your service.

Bishop Warner asked for a motion to approve the minutes from the last meeting held on Tuesday, February 5, 2013 and did everyone receive the minutes.

Tommy Lewis made the motion and Oliver Wise seconded to accept the minutes from the previous meeting.

Bishop Warner introduced Wayne Benjamin, the newest member of the committee who has been appointed by Councilperson Susan Guidry.

Eric Halstrom: Gave an update on the just completed thoroughbred race meet. There are 5 horses that ran in the Kentucky Derby representing the Fair Grounds and they finished 2,4,5 and 6th.

Infield Festival on Louisiana Derby day went off without a hitch and we had about 3,000 people who attended. By adding this Festival it is the only way we could grow this event is by using the infield.

Captain Scott brought in 3 reports which deal with the crime issues in the patrol area. The Fair Grounds patrol really helps to keep this area safer than non patrolled areas. Auto thefts top the list and Capt. Scott reminded everyone to please lock their doors.

Commander Thomas asked that if anyone sees a car being towed off and does not see the owner please call 911 and alert them.

Oliver Wise asked if there had been a pattern in the car thefts.

Commander Thomas usually it is not a pattern in the type of car. If anyone in the neighborhoods can help with solving crimes, please call crime-stoppers.

Eric Halstrom: The Quarter Horse meet opens on Friday, August 16th and will end on Saturday, September 7th. Except for opening weekend we will be running Wednesday through Saturday’s.

With Jazz Fest over we are working on putting our grounds back together, Jazz Fest was enjoyed by all even with the rain of the second weekend.

Sandra Salmen: We wanted to let our neighbors know that on June 8th there will be a helicopter (small) landing in the infield bringing in a birthday boy. This will be a 7:45 pm the helicopter will not return to pick him up. A great way to arrive at your birthday party.

Bishop Warner informed the Committee the next meeting will be Tuesday, August 6, 2013 at 4:00 p.m.

Bishop Warner asked for a motion to adjourn. Sherry Watters made the motion and Tina Metoyer seconded the motion.